“Love is Found” is the moving story about coming-of-age in suburban New York and discovering the broad concept of sexuality and love.
Based on true events of love, the story’s protagonist, Robert, finds himself thrown into the realization that upon entering graduate school he is beginning a new chapter in his adult life. Comfortable with being gay, he yearns for love but dwells on the ideal of being alone while being consumed by the world of academia. Upon starting a new job he meets a coworker, whom he begins an unlikely relationship with considering this man identifies as straight.
When sex is introduced and emotions run amok, the routine of Robert’s life is thrown into chaos with unexpected outcomes. Little does he know if his heart can survive the overwhelming desire and how this man will alter the course of his life just not now, but for the next decade.
The first novel in the debut “Only If…” series by R.Paone introduces the heartbreaking portrait of one young man finding love in all the wrong places while exploring themes of one’s sexual identity, passion, and nostalgia. 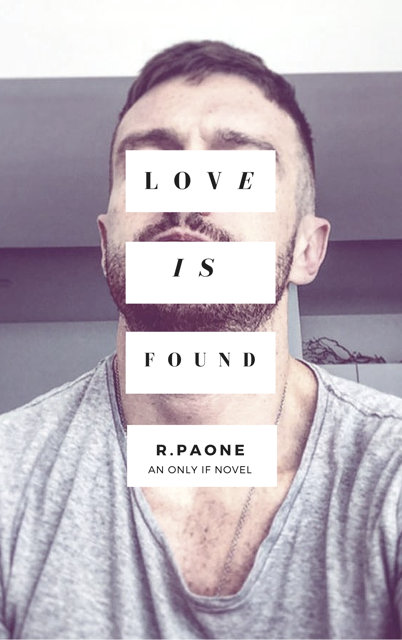 He flipped me over onto my back with me hovering as he nibbled on my bottom lip, pulling it gently with his teeth. He was obviously heavier than I was but he didn’t lay himself into me fully, which granted me more room to push my hips this time upwards. Grabbing onto his ass kept me going as I felt it tense every few moments in my hands as I squeezed harder. I took back control with him back underneath me because it was about time that he gave me a few moments of control since in the bedroom he was showing his dominant side.
Sitting again, he grabbed me pulling me into an embrace with a tight bear hug keeping his forehead planted against my chest. He buried his nose and kept breathing whatever was the scent I had on me. I saw this only as endearing and truly lovely.
Holding me up firmly felt good with his support. Mitch’s hands were strong and large enough, giving me little room to maneuver around while I straddled him. It left me the ability only to push my groin and hips deeper against his own as his grip didn’t falter. I leaned back against his forearms leaving my body at an angle but keeping our cocks grinding against each other, my hips stuck to his.
His breathing was getting slower but heavier so I knew I was doing something right. His fingers moved up and down my back hitting certain pressure points releasing some of the tension he was making me feel by teasing me like this. I decided to lean back into him leaving our faces to meet each other again to kiss, alternating between pulling me in closer or grabbing onto my behind. Grabbing me by my chin he kept me at eye level with him and looked at me with those eyes that spoke of nothing but silence. What did he have planned? 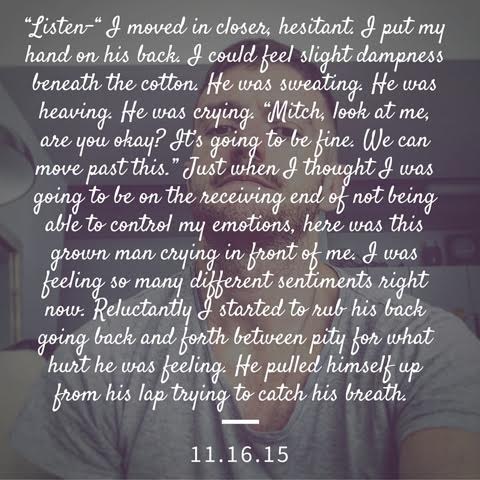 R.Paone started on this writing journey in June, 2014. From events that were beyond his control, he decided to start this new path in his life before my 30th birthday. It has been quite the journey mapping out this story arc. He has learned so much writing a novel in that it has been therapeutic and also eye opening as it evolves. He hopes everyone will enjoy what is to come from the “ONLY IF” series as I want this to be something anyone could reach for and say “that could happen to me.” Stay tuned! Three fun facts about him is: he live in NYC, has a vast horror movie collection and has a great appreciation for Enya.