Sometimes the line between good and bad simply depends which side you’re on…
Good guys can have unsavory secrets, while so-called criminals can live by a code of ethics rivaling that of any law enforcement agency. Bending the law for money, power, or revenge is one thing, but what if you’re bending it for your family—for love?
Who would choose to become involved with a man who walks on the dark side…
Some men will go to any lengths, legal or not, and make no apologies to protect their way of life and all they hold dear. But you don’t always choose who you love, and sometimes you just have to decide if you’re bold enough to risk it all and go along for the ride.
Thirteen masterful authors come together to present Men of Mayhem.
Compelling stories of loyalty and passion, love and lust, in which the moral and ethical lines are blurred, and call into question the notions of right and wrong.
What could be more exciting than taking a leap of faith…and landing in the arms of the last man you’d expect—but the only one who truly makes you feel alive?
What if your road to happiness leads to…
Men of Mayhem 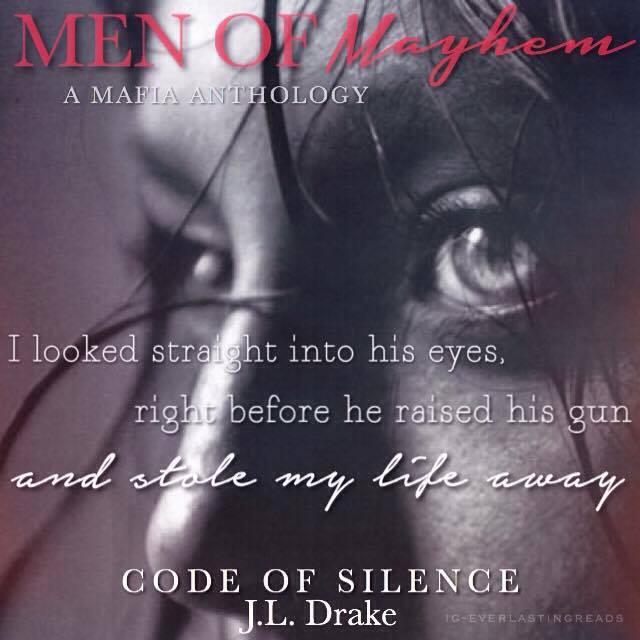 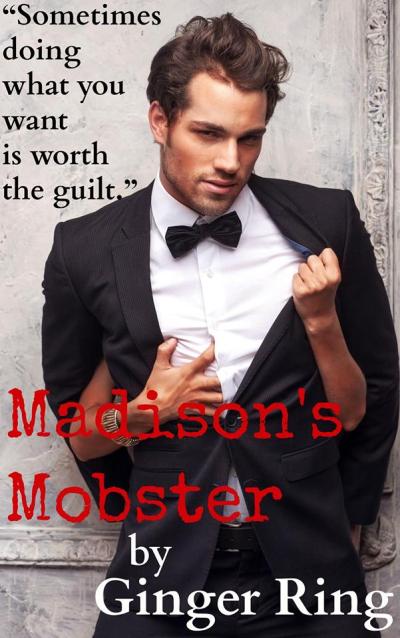 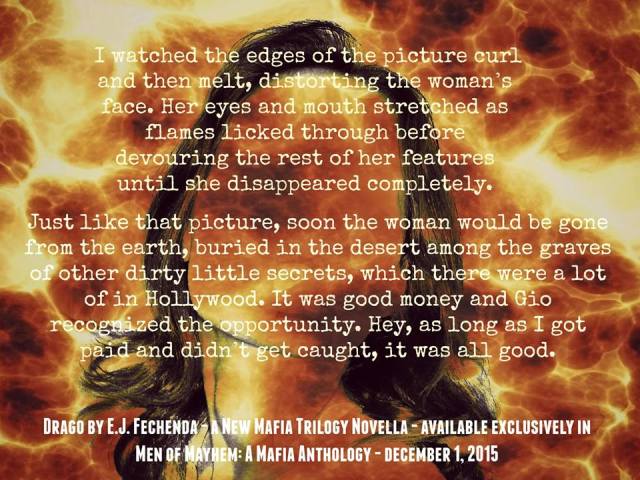 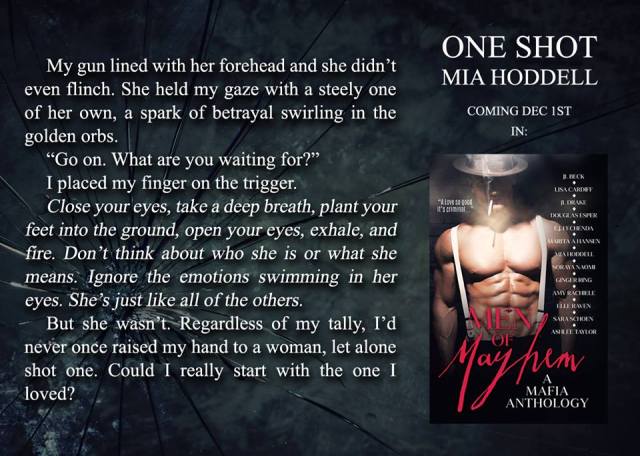 Amy Rachiele is a widowed military spouse who spent many years volunteering and on staff for the Army National Guard and Department of Veteran Affairs with family support, family readiness, as well as, families of the Fallen. Amy devoted 10 years to teaching at-risk students in the Providence School System. She holds a Master’s degree from Rhode Island College in English and Secondary Education. Besides writing, she is a reader, tea-er, shifter-lovin’, Sci-fi junkie, who enjoys scrapbooking, sewing, and traveling. Amy lives in Massachusetts with her son.

Ashlee Taylor – “How We Came To Be”

Ashlee Taylor has always loved to read. She was practically born with a book in hand. She even wrote short stories and vignettes for fun at age eleven.
As she grew up reading was put to the side but the book Fifty Shades of Grey brought back the love of the written word. Swallowing every book she could get her hands on while befriending authors. Eventually becoming a beta reader and helping authors work out critical scenes and plot progressions.
Through this process, Ashlee decided to write the stories in her head.

For a man as nonathletic as Douglas Esper is, he sure enjoys juggling. Well, juggling projects anyway. Writer, blogger, musician, producer, and scotch drinker, Douglas always has something to do. His recent publishing credits include a novel, A Life of Inches (Limitless Publishing), a short story, My Wife’s Favorite (Scout Media), an essay, It’s Just a Bag of Peanuts (AHTI publishing), and a collection of songs with the band Indoria titled, There’s a Gleam (ApproachingStorm records). Douglas is currently ghostwriting a book with rock vocalist Chuck Mosley and editing his second novel, a suspense thriller titled, In the Watershed.

E.J. Fechenda has lived in Philadelphia, Phoenix and now calls Portland, Maine home where she is a wife, stepmom, and pet parent all while working full time. Crazy is how she likes it. She has a degree in Journalism from Temple University and her short stories have been published in Suspense Magazine, the 2010 and 2011 Aspiring Writers Anthologies, and in the Indies Unlimited 2012 Flash Fiction Anthology. In addition to writing The New Mafia Trilogy, she is working on The Ghosts Stories Trilogy. E.J. is a member of the Maine Writers and Publishers Alliance and co-founder of the fiction reading series, “Lit: Readings & Libations” which is held semi-quarterly in Portland.

Ginger Ring is an eclectic, Midwestern girl with a weakness for cheese, dark chocolate, and the Green Bay Packers. She loves reading, traveling, watching great movies, and has a quirky sense of humor. Publishing a book has been a lifelong dream of hers and she is excited to share her romantic stories with you. Her heroines are classy, sassy and in search of love and adventure. When Ginger isn’t tracking down old gangster haunts or stopping at historical landmarks, you can find her on the backwaters of the Mississippi River fishing with her husband.

J. L. Drake was born and raised in Nova Scotia, Canada, later moving to Southern California where she lives with her husband and two children.
When she’s not writing she loves to spend time with her family, travelling or just enjoying a night at home. One thing you might notice in her books is her love for the four seasons. Growing up on the east coast of Canada the change in the seasons is in her blood and is often mentioned in her writing.

An avid reader of James Patterson, J.L. Drake has often found herself inspired by his many stories of mystery and intrigue.

She hopes you will enjoy her stories as much as she has enjoyed writing them.

J.L. Beck is the best selling author of numerous books including Indebted, Inevitable, Invincible, and The Bittersweet Series. She’s best known for weaving a tale, that ends with your mouth hanging open, and your hands gripping the edge of your seat.

She’s a no holds bar author who enjoys spending time with her husband of seven years, three year old hellion, and Hatchi the fur baby. She calls Wisconsin home, but loves to travel. In her free time you can catch her watching bad reality tv, cooking, reading books, or spending time outdoors.

Elle Raven is an Aussie author who lives in Adelaide, South Australia with her husband and three young children. Elle can usually be found with her iPad or laptop computer permanently glued to her. She began writing from a very young age. In fact Elle used to write plays and musicals when she was in high school. Having such a flamboyant personality she even performed in them herself Always an ‘actress’ and always the star.

Elle loves reading and writing about an alpha-male hero. If she can’t read about one that is alpha enough to suit her she will take it upon herself to write one.

Elle’s books will feature an alpha-male hero who will come tumbling to his knees in lust and love when he finally meets the heroine of his dreams. Rest assured that in an Elle Raven book, the hero will never cheat.

Elle would love to hear from you. Please email her or visit her Facebook page. She loves connecting with people and having a chat with the readers about her books or any other books you may have in common.

After spending years practicing law and a million other things, Lisa decided to pursue her dream of becoming a writer and she must confess that inventing characters is so much more fun than writing contracts and legal briefs. A native of Colorado, she lives with her husband and three children in Denver. When she isn’t managing the chaos of raising three children and owning her own business, she can be found reading or writing a book.

NATIONALITY AND CULTURAL CONNECTIONS: I’m a true blue Aucklander, born and bred in New Zealand. I tend to write about cultures I have connections to, such as Croatian and Maori. I would love to visit Croatia again as I have family there. At the moment I’m living in Singapore, but will be back in New Zealand next year, possibly earlier.
SPORTS: As a teen my favourite sports were karate, badmington, and running. I also did unarmed combat and played in a touch rugby team (my gym teacher made me do the last one!) Now I stick to running and have completed a marathon.
CAREER PATH: I started off as a Graphic Designer, then went to Auckland University, where I got a BA degree in Art History and Italian Studies and a post-graduate Honours degree in Art History. I worked in the Art History field, then became a full-time artist, doing commissions. I eventually lost all of my senses and gave it up to be a poor, starving writer, smh.
FAVOURITE FOODS: I’m vegetarian. I love pasta based foods, tofu, chocolate mousse and golden queen peaches.
BAD HABITS: I’m a major procrastinator that can’t seem to earn money to save myself!
STATUS: Married to my high school sweetheart (which he hates me calling him). We have two kids.

#1 Amazon bestselling author, Mia Hoddell, lives in the UK with her family and two cats. She spends most of her time writing or reading, loves anything romantic, and has an overactive imagination that keeps her up until the early hours of the morning.

Mia has written over ten titles including her Seasons of Change series, the Chequered Flag series, the Elemental Killers series, and her standalone novels False Finder and Not Enough.

Her favourite genres are contemporary romance or romantic suspense, and with an ever growing list of ideas she is trying to keep up with the speed at which her imagination generates them. She also designs book covers on her website M Designs.

Sara Schoen is 20 years old college student studying biology and environmental science. She started writing in middle school, but didn’t dedicate to it until high school. She published her wattpad book, Amber Alert, at 19 in November of 2014. She’s spent years prior writing a spy series which released the first book in July, and many stand alone books, but for now school is a main priority. You can still find her on wattpad account under xxnightstripexx communicating with fans and other young authors on the site. She hopes to inspire others that dreams can come true at any age, you just have to chase after what you want.

I was born in South America in 1984 and raised in Europe where I presently reside with my fiancé.
I read many genres but favor intense, dark, seductive, and provocative novels where the male character loves fiercely, without remorse or boundaries. I also adore forbidden love tales and have an odd fascination with kidnapping romances. No, I don’t secretly want to be kidnapped, though!
I have a passionate obsession with the written word and indulge in chocolate pastries much too often.
My debut novel For Fallon (Chicago Syndicate, #1) was released on July 26, 2014. I’m honored that For Fallon won “Best Breakout Novel 2014” in the Novel Grounds Semi Annual Literary Awards.