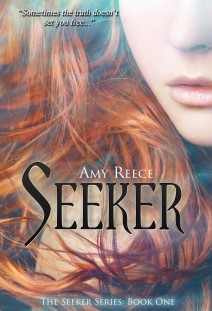 SEEKER, The Seeker #1
✤ SYNOPSIS ✤
Ally Moran has always just known about things—things she shouldn’t really be able to know…
Suddenly when she starts having vivid visions about a former friend who is in desperate trouble, the adults in her life think she might hold the key to an ancient mystery.
Jack Ruiz has a troubled past, but is trying to make a fresh start at a new high school…
He just wants to keep his head down and graduate, hopefully before he turns 20. The last thing he needs is to get involved with a feisty redhead and her psychic visions.
While Jack valiantly attempts to keep Ally at arm’s length, she is equally determined to be a part of his life. Who will win this battle of wills?
More importantly…
Can this unlikely couple work together to find answers to Ally’s visions before someone gets killed?
✤ PURCHASE ✤
Amazon: http://amzn.to/1USeFcQ 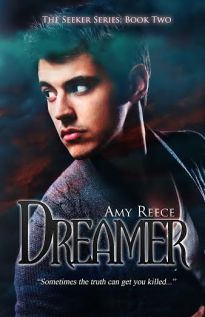 DREAMER, The Seeker #2
✤ SYNOPSIS ✤
Meet Ally Moran, a 17 year-old who also happens to be psychic. Oh, and she’s getting more psychic with every passing day, so much so that she’s been sent to Ireland to check in with the Seer Council to see what’s up with her freaky new powers.
Jack Ruiz is her 19 year-old boyfriend, a former troublemaker who’s back on track and trying desperately to graduate. His plans did not include falling in love with a psychic trouble-magnet.
Last month they worked together to save a friend in deep trouble and ended up solving a school-wide mystery. But now there’s a new guy at school, Remy Giles, and he seems just a little bit too interested in Ally for Jack’s liking. And why does Ally keep dreaming about a kidnapping? Last month seems like a cakewalk compared to this semester…
Ally’s trying to solve a mystery, but Jack is just trying to keep her alive.
✤ PURCHASE ✤
Amazon: http://amzn.to/1RsoGyn 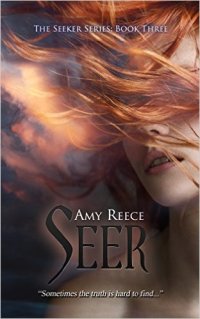 Ally Moran and Jack Ruiz are starting their first year in college and are looking for peace and quiet for the first time in their relationship…
However, it may be too much to hope for.
First, Ally’s long-lost father shows up, making her question everything she thought she knew about her past.
Meanwhile, Rémy Giles and the mysterious Mina have accompanied Ally home from France so they can try to figure out what the newest prophecy could possibly mean.
Is Ally the next Oracle?
And if all this weren’t enough, Ally fears she is being stalked, and she appears to have a secret admirer who is sending her creepy personal messages in the college newspaper. However, no one else has seen this “supposed” stalker, so she fears she may be going crazy.
As Jack and Remy fight to keep Ally safe against the looming danger,
Ally begins to fear for the one thing she can’t bear to lose…her sanity.
✤ PURCHASE ✤
Amazon: http://amzn.to/1fAysh8
✤✤✤✤✤✤✤✤
✤ MEET THE AUTHOR: AMY REECE ✤ 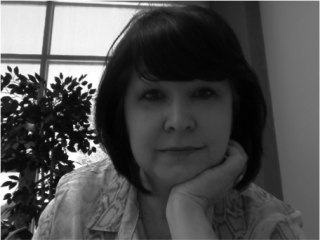 Amy Reece lives in Albuquerque, NM, with her husband and family. She loves to read and travel and has an unhealthy addiction to dogs. She loves wine and friends, in that order. Stay tuned for the rest of The Seeker Series, coming Summer and Fall 2015
Facebook: https://www.facebook.com/AmyReeceAuthor
Twitter: https://twitter.com/AReeceAuthor
Amazon: http://www.amazon.com/Amy-Reece/e/B00WDG12RO