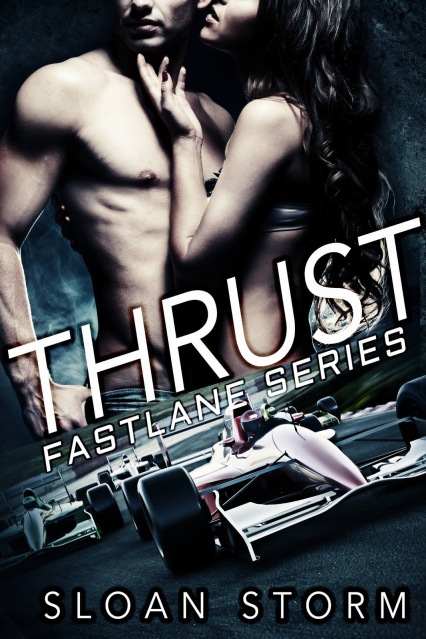 But I’d vowed to never give a man control of my life. Ever. It was my unbreakable rule, a principle I promised to never compromise – no matter what.

So despite his rock hard abs, devilish good looks and charm to match, I felt sure I’d rise to the challenge. After all, I’d handled my fair share of billionaire playboys in my short career and never failed to deliver. I had too much at stake, and too much to lose if I failed.

If I couldn’t sign Marco to the investment firm I worked for, I could wave my dreams goodbye. Everyone who said I would never amount to anything would be right.

But I didn’t count on the unstoppable force of Marco Rhys.

Everything depended on our battle of wills. One of us would have to conquer the other in the boardroom or the bedroom.

Which one of us would surrender first? 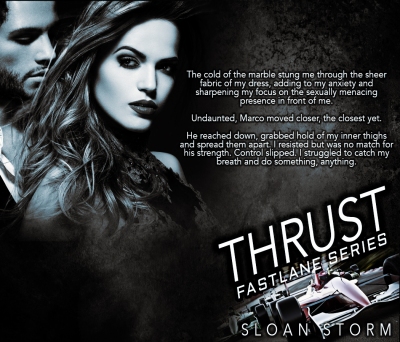 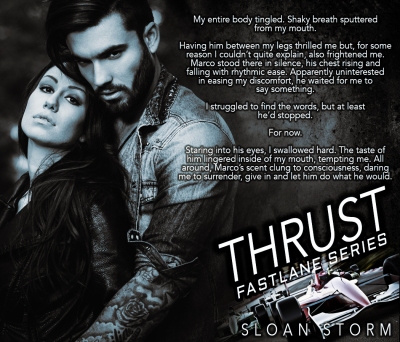 Sloan Storm is a verbally difficult, yet physically generous, writer who pens imaginative yarns based on dominant men and the women who challenge them.

As such, power plays and passion are the heart of each and every story. The writer’s creative tendencies may drift as the mood strikes, but the essence of all tales told wind up back at the same place… the polarizing difference between the sexes.

After all, what else is there in life?

When not glued to a keyboard creating tales of whimsy, Sloan loves to talk to fans! If you want to connect, you can do it in any number of ways: 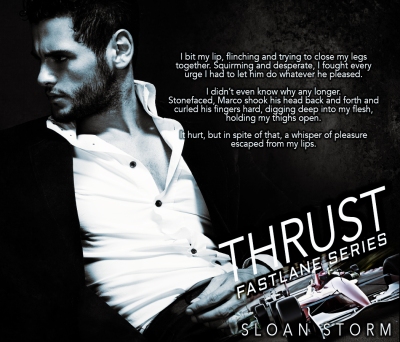