Her Truth: Meredith O’Neal is a book editor who just moved into town. She doesn’t believe in happily ever afters.
His Truth: Devin Stone is an insurance adjuster who’s bad with people and doesn’t have any real friends. He’s tired of his boring day to day existence and is searching for a little excitement in his life.
Two stories – Two people. Nothing is what it seems.
Someone is a liar. Someone is wicked and deceitful but this time they might have gone too far.
Nothing is fair in love and revenge. Hearts will be broken. Lives will be ruined. But that’s all just a part of the game.
The cruelest burns don’t leave scars. Can’t you see? The truth is right in front of you. Just keep reading. 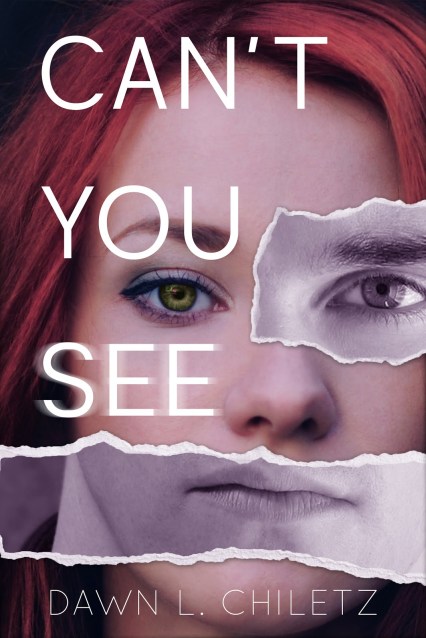 “Can’t You See was wonderfully written, Dawn showed us there are wayyyy more than 2 sides to every story and then the truth, which is even sometimes a lie. I am still left with my brain whirling around in circles even after finishing and I love it!” ~Gretchen (Goodreads Review)

“Dawn is an Evil Genius! This book was so good. Her writing was spot on, the story was thrilling, and now that I have finished…I can’t even put my head around what happened. I am so floored.” ~A Beautiful Book Blog

“Well ! What the hell just happened, when you think you have it nailed, you don’t ! Then that happens and you are like what ! Then the pin drops and the curtain falls and you’re like Damn !” ~Donna (Goodreads Review)

Prologue
Although it was midafternoon, it was as dark as night in his office. The curtains were drawn, as if to make light an unwelcome visitor, much like me. I flicked the tip of my middle finger against my thumb as I stared at the ticking clock in the corner. I’d been sitting in here for nearly ten minutes and he had yet to speak to me. He was writing feverishly in his notes and seemed oblivious to my stare.
I’d tried to take advantage of the moment of silence to read him, but my disgust for him was clouding my thoughts. I didn’t like him. I never had. I knew I’d managed to hide it well from him. I could tell by the way he looked at me. There was compassion in his eyes. I’d seen it before in the others before him. Once I saw that look I knew I’d gotten under their skin. I knew they’d believed me. Who wouldn’t? I was a master of deception. I’d hidden everything about myself for so long that even I wasn’t sure what was real. An outsider might have found me crazy. I just might have been, but my reasons ran deep. They were a part of me now. Retribution ran through my blood like a disease, contaminating every cell. I had no regrets. I no longer allowed them.
I chuckled internally, careful to not let him see the corner of my lip curl upward. I stared at his glasses as they hung from the tip of his crooked nose. His salt and pepper hair had grown over the last few weeks. I supposed he was in need of a trim. Wrinkles brought on from obvious stress had robbed him of his youth. I imagined I might have been responsible for the crease on his forehead. I’d christened it with my name and I took pride in giving it to him. He was no one to me, much like every other person who came into my life. He might have believed he was important, maybe even helping me, but nothing about me was what it seemed.
I couldn’t believe I’d even considered telling him the truth a few days ago. It had been a fleeting moment of weakness that left a bitter taste in my mouth. If he had stopped and turned around, maybe I would have told him. Maybe he could have finally helped me out of the perpetual hell of lies I’d created. But it was my universe. It was the only existence I’d ever known. I would never admit to anything. I would not be powerless under another person ever again. He tapped his pen briefly and raised his eyes to me. I immediately resumed my role of innocence. It was one I’d perfected.
“So tell me,” he began. “When did you know something was wrong?”
I made sure to glance off to the right as if to ponder his question. He needed to believe I was considering his words. In reality, I’d rehearsed this moment for months. This would be the moment I would tell my side of the story—the moment I would exact my revenge in the sweetest way possible.
“I think deep down inside I knew from the start. I didn’t want to see what was there. I didn’t want to believe it was real.”
“Why didn’t you want to think it was real?” he asked as he shifted his posture and turned slightly in his chair, leaning forward so that the light from his desk lamp cast a glow and simultaneous shadow on the sides of his face.
“My emotions got the best of me, I suppose. I guess I always want to believe the best in everyone.” I glanced down at the floor and sniffled to show how sad the whole thing made me. “You have to know I’m telling the truth. Do you believe me?” I swallowed hard and made direct eye contact. Most liars couldn’t do it very well, but I was a pro.
“It’s not about whether or not I believe you. There are two sides to every story and yours is no exception.”
I nodded my head sheepishly, even though my blood was boiling inside. I wished I could have told him to fuck off.
“I need you to start from the beginning. Tell me everything you remember in the order in which it occurred, including every detail. I know this might be painful for you, but the only way I’ll make any sense of this is by understanding the facts.”
I nodded my head and took a deep breath. You’re on, I told myself. This needed to be the performance of my life.
“Okay, Dr. Andrews, this is what happened…” 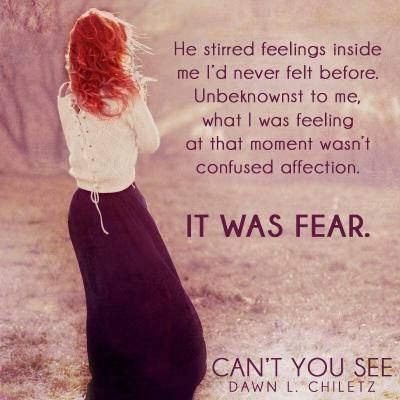 Dawn L. Chiletz is the author of The Contest and Waiting to Lose. She currently resides in Illinois with her husband, two boys, and two dogs. When she’s not binge writing or reading, Dawn drinks large amounts of coffee and checks Facebook instead of doing laundry.