Gabriella Mitchell is a fighter.

She fights to keep her family together after her parent’s divorce.

She fights to keep her siblings safe and in school.
She fights because it’s the only thing keeping her sane.
Stumbling across an underground MMA fight ring in Sydney, her blood roars as she watches the ruthless Hayden “Hooligan” Harvie wipe the floor of the octagon with his latest opponent.

Gabriella decides she wants to fight professionally; to support her siblings with her fists…and she wants Hooligan to teach her.
Hooligan doesn’t think girls should fight. Especially young, pretty ones he’d love to have warming his bed for a night or two…if only he could silence his conscience long enough.
Every couple needs to fight for their love at some stage, however with two stubborn hearts at stake, a happy ending for these two will require an all-out BRAWL.

After reading the first few pages I knew I was going to meet a sassy take no shit kind of heroine who fights just as hard as anyone else. Gabbi had some pretty shitty parents which caused her to have some trust issues  which is to be expected. Sex, fighting and drawing are her vices in life until she’s knocked on her backside by Hooligan who fighting his own demons! I won’t give much of his storyline away but do yourself a favour and pick this book up, despite the way Gabbi comes off in the beginning I found her character to be refreshing. Fall in love with Hooligan and Gab just as I did 🙂 4 stars for a truly beautiful story. 4 stars from me 🙂

Kylie Hillman is an Australian author.
Wife to a Harley-riding, boating and fishing, four-wheel driving quintessential Aussie bloke.Mum to two crazy, adorable, and original kids.Crohn’s Disease sufferer and awareness campaigner.
She’s also an avid tea drinker, a connoisseur of 80s/90s rock music, and is known for lacing everything she says with sarcasm and inappropriate innuendo.
Formerly working in finance, she was forced to reevaluate her plans for her life when severe Crohn’s Disease brought her corporate career to a screeching halt. Restarting her childhood hobbies of writing and reading to alleviate the monotony of being sick and housebound, she found her calling, and is enjoying life to the max. A typical day is spent in the “real” world where she hangs out with her awesome family and “book” world where she gets to chill with her fictional characters.
Kylie writes the books she wants to read. A lover of strong men who aren’t perfect and aren’t afraid to admit it, straight talking women who embrace their vulnerabilities, and real life gritty stories, she hopes these themes shine through her writing. An avid reader of all genres, Kylie hopes to release books that keep the reader on the edge of their seat—be it with suspense, romance, or laughter. 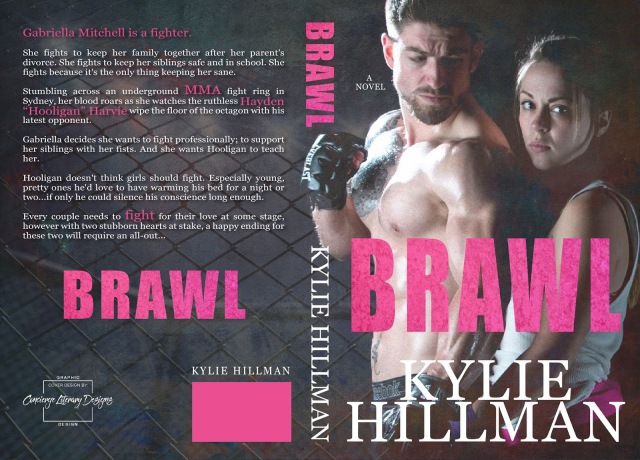