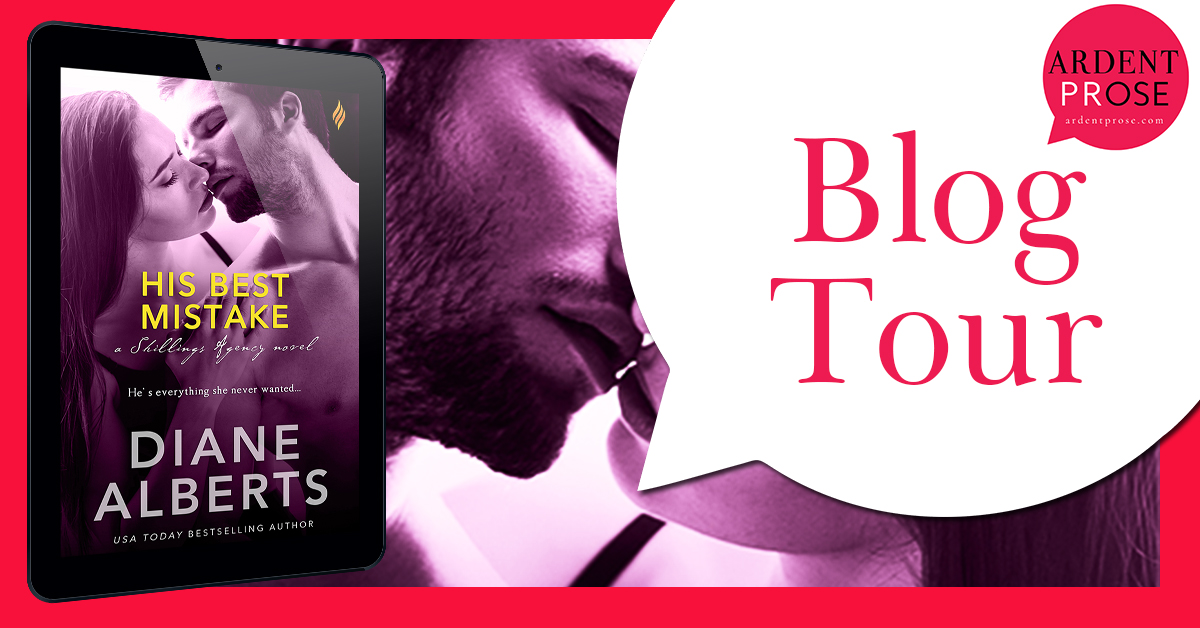 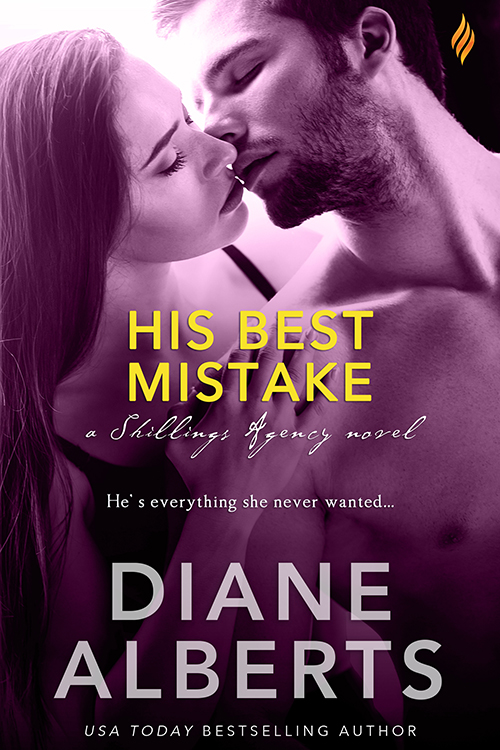 Shillings Agency #6     One night with a stranger… Security expert Mark Matthews has loved, and lost, and has no intention of ever loving again—especially not a woman who thrives on her life being in danger. Now, hot, meaningless sex with strangers he had no intention of ever seeing again? That’s a whole other story. And it’s all life as a single father allows him to enjoy. But when he meets a woman who refuses to tell him her real name, the game is on, because she’s everything he swore to stay away from. Daisy O’Rourke has bad idea written all over her, but he’s in too deep to walk away now…
***

“Sleeping with you was the best mistake I ever made.”

His best Mistake was my first book by Diane Albert’s and found myself really enjoying her writing style, and the way she tells a story. I find at times I struggle a bit with a book told in 3rd person but I had no

issues at all with His Best Mistake. When I started it I wasn’t sure what to expect because the characters meet as ‘one night stand strangers’ but I soon learnt that there is definitely more to each character and personal struggles then I assumed there would be. Mark & Daisy have both been through a lot in their lives and when they find out they have more in common then they think the game becomes a bit more complicated. Both main chars he’d grow and develop through out the story at a good steady paced based on their character traits and pasts! I found this to be a somewhat easy read with some steamy moments as well as some swoon. I really enjoyed His Best Mistake, Mark & Daisy’s story being this is the 6th book in the Shillings Agency series I am going to go back and start at the beginning. I give His Best Mistake 4 stars. I received an arc in exchange for an honest review, this does not reflect my review rating in anyway.

They walked down the hallway side by side, their arms brushing. Every time they touched, something inside her tensed up even more, building up pressure until she was sure she was going to explode if he didn’t either stop, or do something more than accidentally brush against her.When she halted at her door, he stopped directly behind her, towering over her. “God, how tall are you? Six-four?” she blurted out.“Exactly.” He cocked his head. “How’d you know?”“I guessed.”“You’re good at that.” He stepped closer, his nostrils flaring slightly when she swayed closer. He looked way too sexy standing there with his first few shirt buttons undone, and his jacket open. She wasn’t even sure when he’d done that, but it was hot as hell. “At guessing.” It would be so easy to grab the lapels of that jacket and pull his closer. And she’s get to find out what he tasted like – whisky, more than likely, but still, she needed to know. The old her, the one before she lost everything…she would have gone for it. Would have taken what she wanted and not hesitated. But it had been so long since she touched a man, let alone kissed one, and he wasn’t William. He’d never be William. But tonight…He could be hers. Resting an arm over her her head on the wall, he offered her a small smile, and tugged oh her hair playfully. “What are you thinking about that’s got you blushing, Scarlett?”
“Nothing.” she said, her cheeks going even hotter. She spun and pressed her key against the reader until it blinked green. The heat of his body was directly behind her, burning her. Hands trembling, she turned the knob and pushed the door open. She should go inside. Leave him in the hallway, along with any bad choices she might have made with him. But…Was it bad? Was it so wrong to want one night where she didn’t miss the love of her life? One night where she didn’t have to be alone?“Would you like some water? I have a few bottles in my mini fridge.”He shoved his hands in his pocket and rocked back on his heels, letting out a soft laugh. “If I come in there, we both know it’s not going to be for water.”“Like I said.” Heart pounding, palms sweating, she lifted her chin. “Want to come in?”