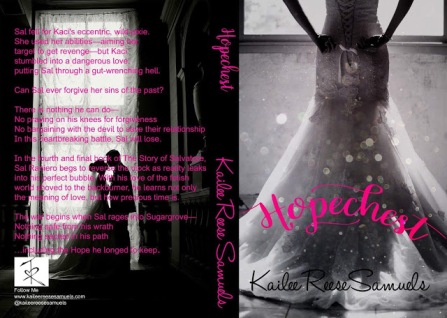 Kaci agreed to the most important question of her life.
And then she had her fiancé taken hostage.
He played her game and trained for battle.
And now he is completely unprepared to lose.
Loving her once, Sal fell for her eccentric, wild pixie. She used her abilities—aiming her target to get revenge—but Kaci stumbled into a dangerous love, putting Sal through a gut-wrenching hell.
Can Sal ever forgive her sins of the past?
With the questions on the table, one inescapable truth looms before their relationship. His calculating mind and intimidating body built for the greater good, leaving Sal changed. No longer the curious submissive boy of the past, his new outlook is one of defiance, kink, and control.
Will Kaci embrace the changes – or – is the end closer than she ever imagined?
There is nothing he can do—
No praying on his knees for forgiveness
No bargaining with the devil to save their relationship
In this heartbreaking battle, Sal will lose.
In the fourth and final book of The Story of Salvatore, Sal Raniero begs to reverse the clock as reality leaks into his perfect bubble. With his love of the fetish world shoved to the backburner, he learns not only the meaning of love, but how precious time is.
The war begins when Sal rages into Sugargrove—
Nothing safe from his wrath
Nothing sacred in his path
…including the Hope he longed to keep.

An excerpt from the July 4 release, Hopechest by Kailee Reese Samuels:

The chrome and steel roared past the headstones. The engine noise bounced, echoing loud enough to wake the dead. Gray clouds parted, revealing a hint of blue on an otherwise dreary day.As he cut the engine off, Sal ran his hand through his curls. His overgrown hair brushed down to his shoulders, and the ringlets were starting to annoy him. He pushed his sunglasses up and noticed a curious sight in the distance. A bright yellow dress hunched low on the gloomy day. If people weren’t passed out at Juliet from the night’s frolic, they were at one of the four churches in town. In the several years, he lived at Sugargrove, running the loop of his own sweaty religion, he knew no one ever visited the cemetery before ten in the morning on a Sunday.The wind kicked up, blowing wind chimes and her long blonde hair as Sal walked closer. He pulled a smoke out of his black leather jacket and lit it. He didn’t care if she saw him. He wanted to know who the fuck she was. Beneath his black boots, acorns crunched as he approached. He lunged over the top of the two-year-old twins who died in a wreck the year he came to town. The small ceramic lambs chipped away from the weather. He looked down to assure his clearance, and when he glanced up she sat mere feet away and glanced his direction with her round sunglasses.His head cocked to the side, he recognized the nose… that mouth. Her short frame rose up. Without a doubt, he knew he was standing in front of the girl he loved more than anyone else in the world. Pulling her sunglasses off, she beamed her wide grin in his direction. “Hope?”“Yes, Raniero. How can I help you?” 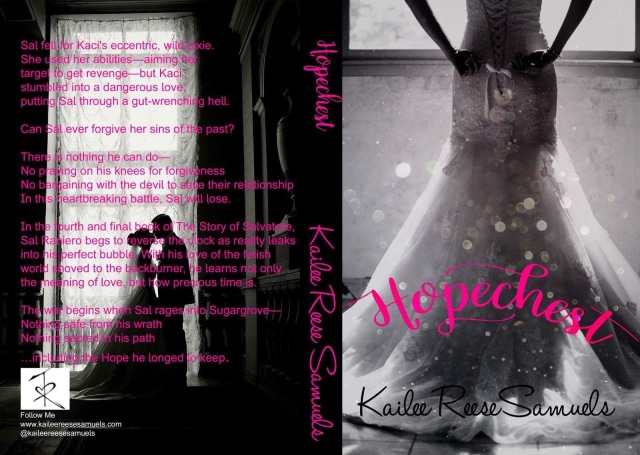 Other Titles by Kailee